You are here: Home / Routes / Cycling in Kent: Coast, Castles, and Country Lanes

Recently, some friends [1] and I cycled two circular routes from Hythe in southern Kent over a weekend (we called it the “Tour de Kent” cycle trip). We cycled through some varied scenery and rode about 140 miles in total. Here’s my report with maps of the routes.

[1] We’re not a cycle club but just six regular blokes who enjoy a weekend away with cycling thrown in as part of the trip. Clearly, we do train for the rides but, in some cases, there’s not a lot of training! We’re not in the first flushes of youth either so if we can do this kind of cycle trip – so can you!

We stayed in the Swan Hotel in the middle of Hythe. The hotel is in a great location for local pubs and restaurants although Hythe is only a small town. It’s a friendly hotel with nine average-sized rooms, two bars (one with Sky Sports), and a dining room that doubles as a Nepalese restaurant in the evenings. We had no real problems but the shower in one room was weak and the same room could have done with redecoration in places.

Cycling in Kent Maps and Navigating the Route

We planned the trip (thanks Dan!) using MapMyRide and bought three OS maps (Landranger 179, 188 and 189) which covered most of the route. During the ride, we used a combination of maps and I also used ViewRanger GPS (see also my review ViewRanger GPs for Cycling) on my mobile phone; this was particularly useful when I got lost on one section near Wittersham!

This day included part of National Cycle Routes 1,2 and Regional Route 17 (see National Cycle Network) and started by cycling along a coastal cycle path and through Folkestone and Dover. We stopped briefly in Deal for a cannon pie firing event (I kid you not) and had lunch in Sandwich (appropriate, eh?), which was roughly the halfway point. In the afternoon, we cycled country lanes south of Canterbury and back to Hythe, crossing over the M20 at Junction 11A. Most of the route was quite flat apart from two climbs near the start, out of Folkestone towards Dover, and the gradual climb past Dover Castle. 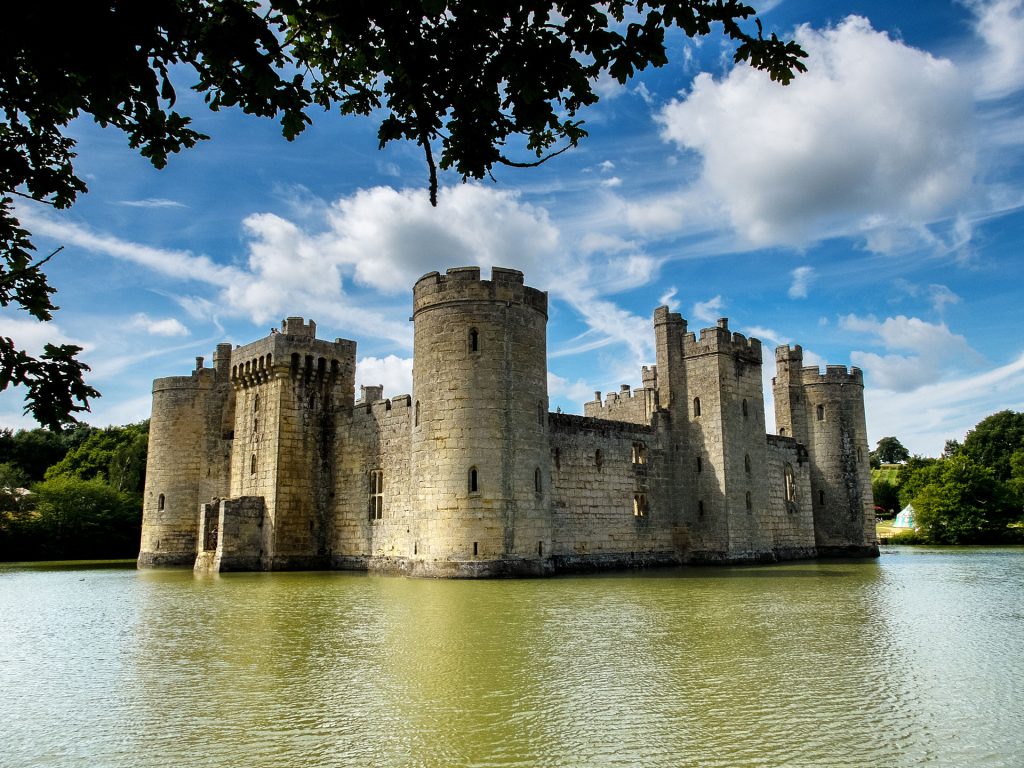 The second day of our cycle trip weekend started and ended with quiet lanes across the flat marshes west of Hythe, including Romney Marsh. I thought that this would be easy but, whilst there were no hills, the flat terrain meant that the area was very windy and I reckon this knocked at least 10% off our speed. Still, it was good to finish on a flat section at the end of the day! The route went parallel with the Royal Military Canal at several points and it included parts of National Cycle Network Routes 2 and 17.

The middle part of this day included some green, forested and moderately hilly countryside near Tenterden and Bodiam Castle where we stopped for a short break. There weren’t many shops on the route though and the village shop at Appledore in mid-afternoon was very welcome. As with all long distance cycling, keep some water and snacks with you if at all times if possible.

I enjoyed our “Tour De Kent” and whilst the route was not technically difficult or very steep (there were still a few hills though) it was nevertheless challenging to cycle 140 miles over 2 days. We covered quite a variety of scenery from coastal roads to forested hills to flat marsh areas. All in all, it was a grand two days out! If you want to ask any questions about the trip, leave a comment below and I’ll try to answer.

→ Cyclist – Ride: The greatest cycling routes in the world

Explore 50 of the greatest, most thrilling road cycling routes the world has to offer, guided by the experts at the world's biggest road cycling magazine.

→ Cyclist – Ride: The greatest cycling routes in the world

This site uses Akismet to reduce spam. Learn how your comment data is processed.

I have to confess that I didn’t know anything about Chrissie Wellington, the four-times Ironman World Champion, before reading this book. But, what a story!

This is a great book for discovering rides and planning cycle trips in the UK. It describes 40 fantastic road routes from Southern England to Scotland. It’s one of my favourite books.

South West Mountain Biking is a brilliant little book that describes 26 mountain bike rides, between 10 km and 30 km, in Dartmoor, Exmoor and the Quantock Hills

This is an attractively designed and well thought-out book with a wealth of information about leisure cycling routes in the south east of England, including Kent, Sussex, Surrey and Hampshire.

A compact and nicely designed guide to some of the best off-road mountain biking routes in the South East of England.

A few thoughts about cycle commuting in Horsham In late 2016, I changed my workplace from home … END_OF_DOCUMENT_TOKEN_TO_BE_REPLACED

I've made it. 100 parkruns completed. The Saturday morning run in a local park (mostly Horsham in my … END_OF_DOCUMENT_TOKEN_TO_BE_REPLACED